In this blog, we are going to talk about why you should learn Python right now. One of the best reasons to learn Python is that it is going to make a great impact on your future, whether you want to realize it or not.

This blog will also make you understand why it is most loved programming languages by data scientists, programmers, software engineers due to its flexibility, versatility and object oriented features.

It is easy to learn Python

Python does not come with any complicated syntax nor does it have any tough rules that one needs to follow. Hence this makes the language easy to learn. One of the main reasons to learn Python is that it resembles the English language and it is one of the most popular languages for any beginner.

Python is quite in demand today

Today, Python is a very popular language and is considered one of the fastest growing languages. Due to its multiple uses and the popularity it has gained, Python developers have a great career and are highly paid too, especially in fields of Data Science, Web Development etc.

Python is used in Artificial Intelligence and Machine Learning

Python is very useful in Artificial intelligence with libraries such as Keras dealing with neural network experimentation. This particular language also finds its place in machine learning as it can be used to build algorithms where statistics are used to allow computers to perform various actions.

Python is the most popular and leading language for many data scientists. The language is popular as it provides many libraries and frameworks such as SymPy, NumPy, etc. Academic scholars have been using the MATLAB language but they have now switched to Python numerical engines. Python language also deals with statistical and matrix and visualizes it with popular libraries.

There are many built in testing frameworks providing faster workflows and debugging. Python also has plenty of tools and modules that make things easier. As we know testing is quite a tedious task, where Python can be a booster for it and that is why it is very popular among every tester.

Python is quite extensible in nature

Python is extensible and this property of the language helps you to perform the cross language operations without any effort. Python is also supported by most of the platforms that are in the industry ranging from Macintosh, Solaris, Windows among the others. 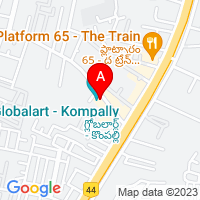